In 1989, Jos van Veldhoven founded Cappella Figuralis, a small soloist ensemble that focused on repertoire from the 17th and 18th century. In the years that followed, the distinction between soloists and choir became smaller and smaller, in order to heighten the clarity of the music. For this reason, Cappella Figuralis was discontinued in 2005.

From then on, the choir of the Bach Society comprised vocal soloists who were supported by a small choir (ripienists), even for the bigger works like the St Matthew Passion. Moreover, the soloists sang everything together with the choir, meaning that the previous strict distinction between soloists and choir disappeared. 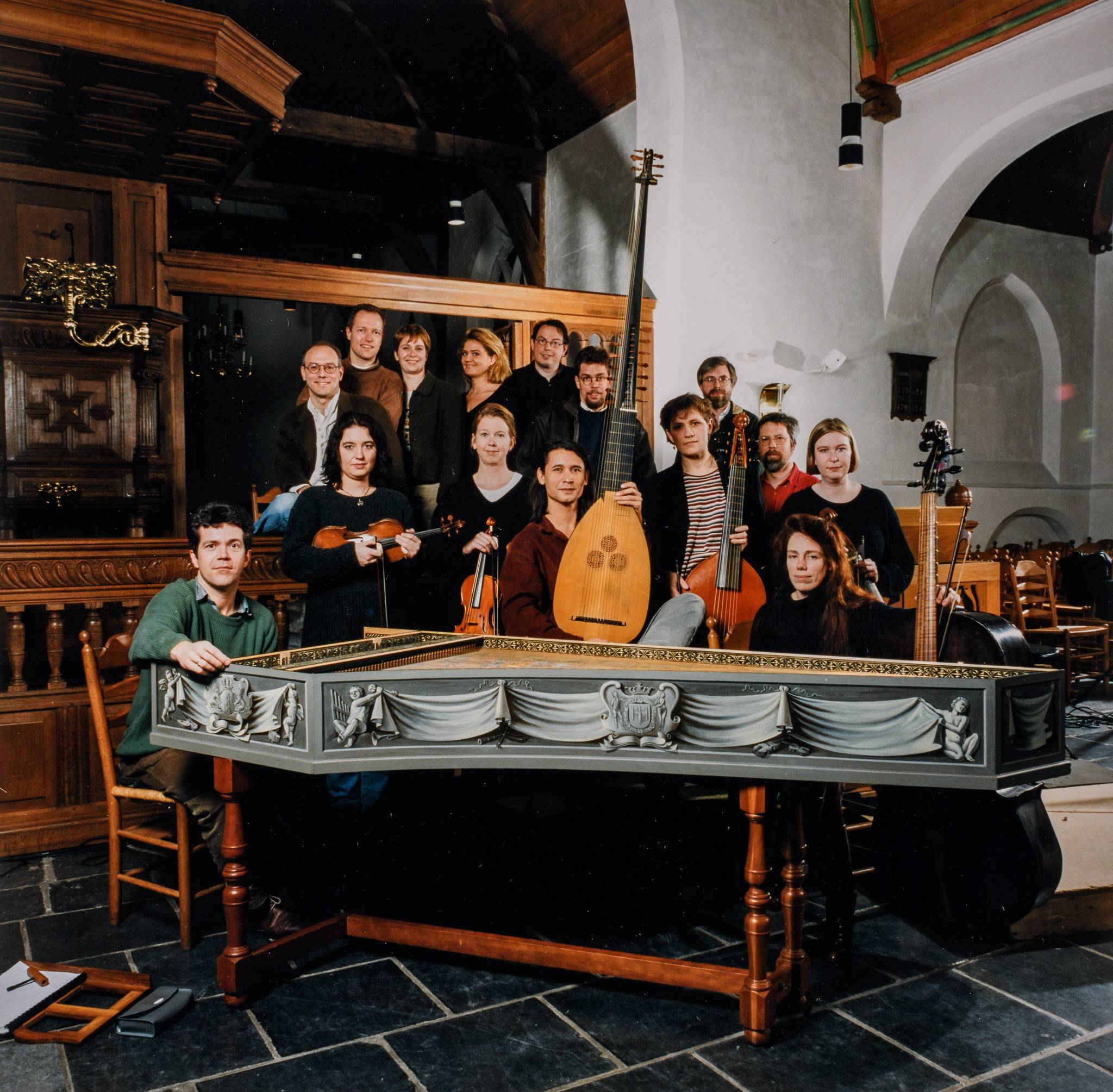 The ensemble of Cappella Figuralis in 2000.