Introduction of the Nederlandse Kultuurkamer

As a result, the soprano Jo Vincent refused to take part in the concerts of the Netherlands Bach Society, and Ankie van Wickevoort Crommelin was asked to stand in at the last moment. Personally, Van Wickevoort Crommelin also had great difficulty in performing the St Matthew Passion under the flag of the Kultuurkamer, but in the end she believed that Bach’s music must continue to be heard in those difficult war years. 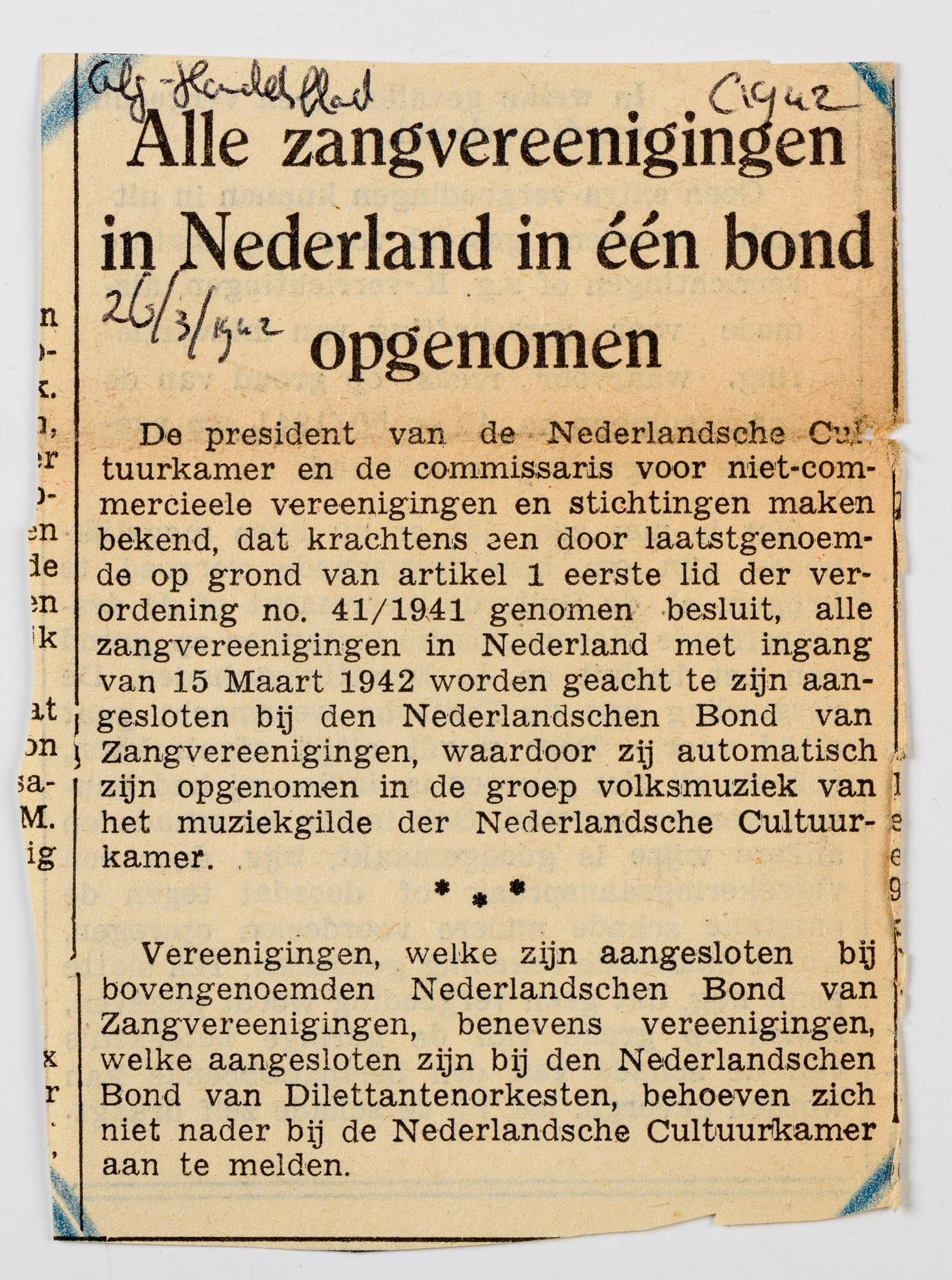 Newspaper article in which the president of the Kultuurkamer called on all singing associations to join the institution.